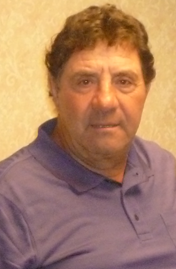 Achievements:
High School:
● Played outfield on the Wildcats baseball team (1958-59).
● Earned 6 letters playing three sports for the Colts: football (2), basketball (2) and baseball (2).
● As a running back for the Colts, he scored both the first touchdown and the longest kickoff in South's history.
● Two-time winner of the All-City football trophy (1959-60).
● Played forward on the basketball team.
● As an outfielder on the Colts baseball team, helped South to the 1961 Class 3A baseball crown.
● Named to the All-State baseball tournament team and earned All-City team selection.

College:
Attended Pueblo College (which was then named Southern Colorado State College) from 1961-65...He played outfield for the Indians baseball team.

Coaching Career:
From 1972-76, Pueblo South competed for South-Central League and City Championships in both football and basketball under his leadership leadership.

Related Activities:
● Played in the outfield for the City Diamonds, and the Legion Post 203 teams (1959-61).
● One of the Legion's leading hitters (.350) as a member of the Post 203 squad and helped the team to the Southern Colorado league title while earning All-State (1961).

Contributions:
● Long-time football official and a physical education teacher for 31 years.
● Part of many educational and coaching organizations as well as a softball coach for three years.

Quote:
“Coach Taravella mentored many lives as a baseball, football, and basketball coach. His style of coaching bordered on ground-breaking methods. During his coaching career, he educated himself and fellow coaches by studying each sport that included attending teaching camps that were only just being introduced in sports. His dedication to each sport was at a level that was noticed by his peers, players, and player's families. Coach Taravella would always go the extra mile with technique instruction and positive reinforcement that made each player he touched succeed or more importantly - they believed they succeeded.”

GPSA "T" By The Numbers